The Black Knight of the Demon King 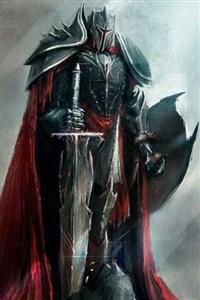 I was once like everyone else. I had a family, went to school, played sports, and had a decent amount of friends, but then one day that all changed. What was the thing that had happened to me you might ask? Well, in short, I was abducted, but if we're being technical, what actually happened was me being summoned to this world called Atalan. However, I wasn't summoned as a hero or this great sage or a wizard or any of that stuff. No, I, Donovan Rutherford, had been transported to this world to be the one and only Black Knight of the Demon King and to defeat the Hero and his companions.(The Cover Photo is from DnD, aka Dungeons and Dragons, which isn't something I own. Well, I own one of the boardgames, but you all know what I mean. Anyways, like my other story I consider it more of a 2D world, but that's just me.)