The Three Brothers: Book One 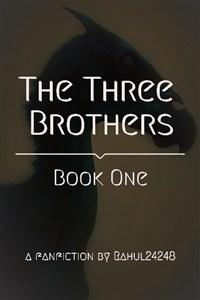 Mark is a First-Gen wizard and a Natural Legilimens. Reluctant to go to Hogwarts, he's soon drawn into the budding conflict between Harry Potter and Voldemort. Not to mention the mysterious happenings and secrets that he stumbles on to at his new school. All he wants to do is to make some friends in this magical world, and possibly find a cure for his father.
Original Character Centric Harry Potter Alternate Universe. Book One (of Four) spans Year 1-3 of Hogwarts.

The story is already crossposted on FFNet, AO3, and Wattpad, currently sits at Chapter 23. Along with the normal upload schedule, old chapters are undergoing editing/rewriting.
RoyalRoad will directly host these rewritten chapters until the story syncs up with the rest of the platforms.

The story is long, expected to be somewhere close to 900k words. It will be divided into four parts:

Story diverges largely from canon events once Book Two starts. Book Three and Four are set after Hogwarts, and will feature a larger universe with a more international scale.
As a student, I cannot promise an exact schedule for new chapters, but they'll mostly be released weekly.