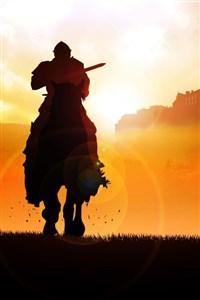 The game development company Level Maxed Achieved is looking to promote their new game Souls Gone, coining it as: the first ever true VR RPG that put its players in the epicenters of peril. They’ve promised the most extensive character creator ever placed in a video game, AI that procedurally generates the world around you, and a deep RPG combat system that makes you feel as if you’re a hero going up against monsters of untold danger. In order to promote their game LMA has sent out VR stations to some of their top players and streamers of their previous game, Allanian Gate 3, for free in addition to a large scale raffle.
Jack is a streamer on Glitch the worlds largest streaming platform. Every day from 6-8 PM he has streamed the game Allanian Gate 3 for the past two years. Although he isn’t the best player or even the most knowledgeable he has managed to gain a rather impressive audience of six concurrent viewers. These six dedicated viewers he has deemed the Fiendish Six as they’ve become much less of an audience and more a set of friends. It is through their combined efforts that Jack manages to win the raffle.
On the day of the release of Souls Gone JackTact and his merry Fiendish Six prepare to embark on his first journey into the VR RPG space. That night as Jack is first entering the game with a joke character he spent far too much time designing asethetically a terrible thunderstorm hits his area causing his power to spike momentarily. When the power returns, although Jack’s character is running around he is no longer in his room. However, his stream is still going.

--Release schedule should be once per week.

If you like what you're reading check out my other story The Girl with the Crimson Hair!