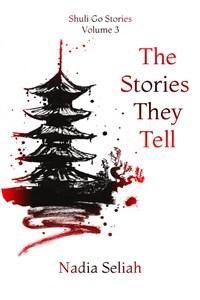 Zhao Lian is a sheriff without a county. A member of an old magical order called the Shuli Go, she was raised to uphold the law and protect her fellow citizens. But after her order was disassembled, she was left with no choice but to wander in search of work for someone with her very particular set of skills.
Reunited with two good friends in the ancient city of Liangyong, Lian is skeptical about the rumor of an ancient magical book with the power to grant eternal youth and beauty. Convinced by her friends and a prominent local gangster, she agrees to go on the hunt for the book, but retrieving it will be no easy task. An imposing dungeon, hundreds of guards, and one of the most powerful men in the Central Empire stand in the way of Lian sorting rumor from reality.
The third story about Zhao Lian and her exploits in the Central Empire, this story is set in the years after Lian's successful mediation described in Volume One. A richer, more successful woman, she is struggling to adapt to the life she leads versus those of her close friends.