The Pilgrimage of a Crow 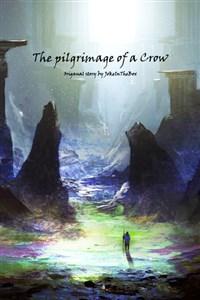 They say a crow can smell the stench of the dead...
10 years has passed since the end of the civil war that tore the country in half. Now in Yamagahara, peace has set in the minds of it's people and prosperity start to bloom in the lands. The last natural disasters that befell them was years ago, the young and the old live in good health and the harvests were abundant in each every year with the economy gradually rising and cities are full and lively. Under the governs of a just Lord, the people now live in a life full of bliss.
Or so it is on the surface.
A young man that calls himself crow has been touring all over the country and he has seen the evil that lurks in the darkness of this lands. Demons. The creature of Naraka that were condemned to suffer and brings about suffering. They fester the hearts and minds of the people, bringing chaos and destruction, treating humans as their prey. While searching for the reasons behind the tragedy in his past, he take it as a responsibility to purge evil and with every demons he banishes the more he felt the evilness and depravity of humans. But as fate wills it, the more demons he banish the closer he is to the answer he seek.
P.S: I'll also post in on Wattpad under the name Jokeinthebox