Apocrypha of The Dead 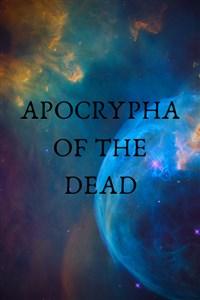 For eons, the gods old and new waged a static war. As they could seize control of their own Fate, omnipotence was a matter of semantics and no single god or pantheon could gain dominion over another.
A pact was made using grand Law magic to bind their Fates to that of mortals to wage their wars by proxy. Contracts signed between gods and mortals threatens the age-old stalemate, promising to bring real change to existence for the first time.
A young man is offered such a Contract after his own murder to fight for an insidious god in another world. He must only sign away his name to agree and in turn gain another chance at life for both himself and his ailing brother.
However, this new world proves deadly in its own right and worst of all something has messed with his Contract...