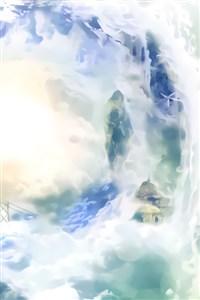 One chapter per week.
The heir is missing. The emperor, dead. So the story goes for many empires. On Deoch 7, the current heir of the Kilgore empire would be cursed to travel forward by royal decree. Forward, until there was a time when the word “paradise” can be realized.
But eternity doesn’t last forever, not for the living or the dead.
Sigrios, the heir of a forgotten empire, must now find his answer in this age. An age torn between warring lands of heroes and warlords. Where guilds and factions hoard treasures found only in deadly dungeons. But before he could step onto the world stage, he must adjust to his new body.