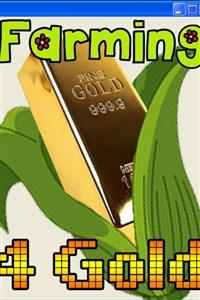 When given a chance to join one of the top guilds of the VRMMO Otherworld Winston jumps at the chance. However, he soon finds out that when they hired him as a guild farmer they weren't talking about killing goblins. Forced into working fields for the next three months Winston decides to make the most of it. Watch as he becomes the greatest farmer in Otherworld.AN: I update once a week in the 3-5k word range.

This is a Spin-off of my Kill 10 Rats story. It takes place 3 years after the launch of the game, with a completly diffrent charater. This book focuses more on guilds, economy, and crafting than on adventure and epic conspiracies like the other book.