One in the Chamber 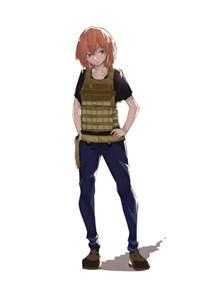 Isaac is a child of a United States General in a time of Massive resource wars, but it all goes wrong when the mainland is attacked from foreign powers and domestic powers. In the end, nuclear bombs wipe away the land, and Isaac is thrown into a different world through a magical rift. Now he must survive using his weapons, and magical store, in a world rife with war and monsters.