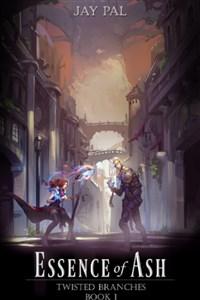 The Old Gods won't sleep forever, and the Dread Beasts wish to reap the benefits of Yggdrasil and her children. Mankind relies on Aether Warriors and Mages to stand in the way.
Preparing to take the three trials of Magehood, Kat knows what she wants. If she can make it as a Sorceress, not only will she be able to venture into dangerous territories to procure rare materials for her father's once prosperous smithy, but also have the power to protect the ones she loves. However, life doesn't always go the way one hopes it will. There is more to the trial than her studies suggested. There is no way to know.
How will Kaitlyn Smythe make it in the world of blue bloods and affluent when all they see her as is a charity case?
How will she survive in the city of Ygg, when the nobles and drug traffickers are determined to bring it down before the Dread Beasts can get to it?