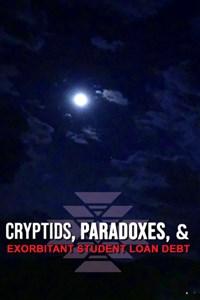 It began in the summer of 2006, when the discovery of a dead body catalyzed a series of unexplainable events that turned the small town of Betrayal Ridge into a magnet for high strangeness. Besieged by creatures and phenomena reserved for folk tales and conspiracy theories, the search for the otherworldly killer falls on the shoulders of “uniquely gifted” outsiders. However, the situation is further complicated when our heroes discover that the identity of the victim may be more horrifying than the killer themselves!This story is rated Mature for characters who use strong language, engage in sexual content, as well as references to drug use. Not every single character embodies or engages in these activities, but I'd rather mention it here rather than get banned later!