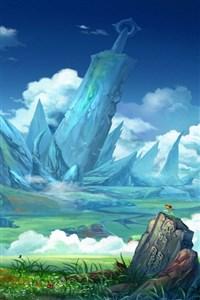 Ten average high school age teenagers were summoned to another world to combat an apocalypse event lying in wait.
You, however, get to decide exactly how the young protagonist deals with all this.
This will be a reader-interactive story. The character's background will be decided on a vote amongst several pre-set archetypes, and all major decisions in the story that will shape the character's personality will be decided by you, the reader.

Will you become a hero worthy of the name, a villain that destroys the world, the richest person in the world or will you become something else? That's all up to you.

A/N: I write this to keep myself busy during summer and to celebrate my recent graduation from high school. It's been a grueling journey, and I can finally say that it's all put behind me, now.
Adventures of an Old Dreamer will be put on hold for a while. I've been wracking my brain trying to come up with new plot-lines, and it has been difficult, but I'll be able to get somewhere, soon. I'm working on setting up a patreon, soon, and I'm pretty sure that once that happens, my rate of writing will explode.
Also, this story will demand a lot of consistency, by the way, on both sides. If few people end up voting on the polls, then it'll be difficult to decide where the story should go. Likewise, I'll have to commit to a decent writing quality no matter where you all take the story.
Also, also, there will come a time where a decision will be made that can and will decide whether our character dies. If that happens, a vote will continue on which of the other 'heroes' will now be the main character. Just like that, now there's pressure on your end to not screw this up.
And trust me. I'm not a gentle game-master.
Daily updates, by the way. After six hours of an update, votes will close and the decision will be set in stone.