The Red Crane of Guilin 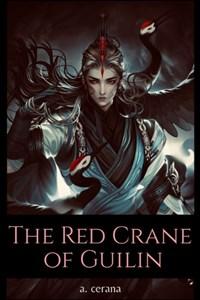 Seven hundred years into the post-apocalyptic era, the sacred land of Guilin remains innocent and pure. Guarding Guilin is the legendary House of Guan, whose warriors endure lethal physical modifications in exchange for inhuman power. As long as House Guan stands, Guilin cannot be touched.
But greed sends a clever soldier to infiltrate the sacred land. Disguising himself as a wandering artist, he beguiles the beautiful young lord of House Guan, falls in love with him, and betrays him. Fifteen years later, their hearts still bleed.
A tale of family, dynasty, duty, ambition, and inevitable, undying love.
(LGBT sci-fi/wuxia epic)