The Most OP Protagonist In History 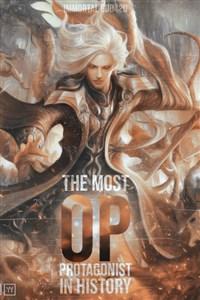 In modern society, the believers of the supernatural are not many and our protagonist was one of them until one day. That day, he realized that he had somehow gained some superpowers which the science cannot explain. He realized that he can control things, people, object, destiny, life-and-death, and even the world with just his mere words. And this was not the limit of his powers. Time, gravity, celestial bodies....and maybe the heavens itself. Who knows? But, soon he realized that he was not the only one with superpowers in this world. There were others too but, Saksham realized that for some reasons, their powers were not as overpowered as his, or to say, their powers were too sh*t compared to his. Follow Saksham in his journey as he finds out the mystery behind his powers and eventually becomes a God-like existence and who would also come to be known as "The Most OP Protagonist In History".