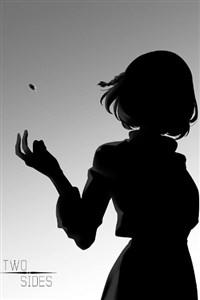 Heroes and monsters are the staples of fantasy. Swords and magic, fairies and dragons, adventures and death; all things went hand in hand in some worlds not our own.
Elaine Dawn grew up listening to those stories as a child, imagining, aspiring, yet as she grew she slowly lost her dreams and became detached from what the world could be, slowly becoming one with the world that was. Yet one night she found herself in a dream that became reality, and oh there they were; heroes and monsters, swords of steel, magic of tales, fairies and dragons of old, and adventures that held riches and death both.
She had no fantastic magic, no supernatural strength. All she had was herself, her coin, and her life. But that was enough.
As she stared into the distance, to the mountain-sized horrors of the night, she smiled and tossed her coin once again.