The Forest Spirit who sought the Gods 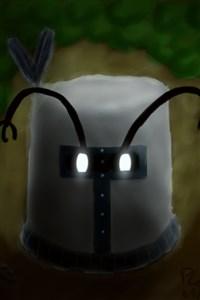 After the Gods of Time, Nature and the Elements created this world, they took a rest under the shade of a tree they created. Thanking their creation for helping them back with its shade, they gave the tree sentience, blessed him and called him a friend.
Now the Gods are half-asleep, content with only watching. The world has breathed for millenia, and the blessed tree still watches over the forest around himself. The world has changed and his life comes to an end, surrounded by loneliness. Gathering what's left of his strength, he passes his torch on, in the hope of giving a last goodbye to his friends, wherever they may be and whenever they would see.
Meet and follow his first and last creation he passes his will to, a one of a kind forest spirit with... abilities (wouldn't want to spoil too much here now, would I?). Curious and cute, he will travel and meet new people, discovering the world he's in, to try and give a last goodbye to the three creation gods in his dad-tree's place.------It's my first time writing a novel! Or anything of the kind, in fact. So bash me as much as you like (within reason, of course).------This will be a world of humans, humanoïds, beasts, magic, and a heartwarming tale of travels across it. It won't always be butterflies, roses and friendship though, heavy moments are there too.
Also : depictions of violence, blood and gore, nudity, strong language, alcohol and other classic +17 stuff. To the reader's discretion.