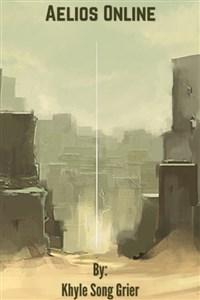 The year is 2040, technology has progressed on all fronts, but no field has shown as much growth as Virtual Reality. Aelios Online is the latest of innovations in the field, creating an entirely different world that its players may "dive" into. The world of Aelios itself is a world of both magic and technology, with the city of Retissia offering a more magical landscape compared to the more industrial streets of Gram. While the design of the world is impressive, the real draw of Aelios Online is its master AI, RIN. Quests, NPCs, the very shape of Aelios itself are all dictated by RINs response to player action and behavior, and over the course of the 5 years that Aelios Online has been active, the world has been changed in unimaginable ways. For every player action, there is a RIN reaction, and that has remained true throughout the game's entire runtime. There are many stories, many legends, that have been carved into the world of Aelios, but here we focus on two new players to the world. One aims to create in this new world, the other, to escape.
Updates every Monday and Friday.