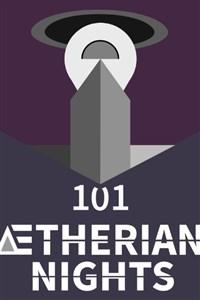 A compilation of short stories about four different settings and worlds, this compilation is currently in-progress as part of a challenge to write 101 stories across the span of a year. The primary focus is on the individuals who live inside of these worlds and their struggles, expanding on their character and lives across the span of multiple stories.
Under the Aether is a soft sci-fi world that focuses on the cross-interaction between alien species in a world where the only means of travel past the sky are the towering Aether Gates that connect the network of planets that form civilisation. With the absence of space-travel and large scale warfare, the setting focuses primarily on smaller-scale conflicts and the people involved in them as they fight for what they believe in.
The Mantle Setting is a biopunk dystopia, set in a quarantined city that had once been the pinnacle of genetic engineering, its citizens were mutated by the very product they had used to change themselves at a whim. These stories examines the actions and lives of the people who are trapped within the city's impenetrable walls.
Due to the variety of stories in the compilation, tags will be added to the synopsis as settings are elaborated upon.
Under the Aether - Action, Adventure, Sci-Fi. Slice of Life, Strategy.
Mantle - Horror, Psychological, Sci-Fi. Post-Apocalyptic, Cyberpunk, Gore, Traumatising Content.