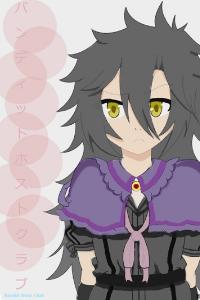 What comes to mind when the word bandit is spoke of?

It is a person who steals and kills for their needs or even pleasure. They are barbarians who ambushes weary travelers or they are those thugs who loot and plunders passing caravans.

Also, in terms of appearance, we perceive them as burly and hairy fellows with no proper hygienic code. Their mannerisms that tend to act high and might because they think that having more people means better.

But let’s say in the band of the bandits, one of them has appearance and charisma comparable to a prince.

Well, there’s nothing odd about that.

But what if this handsome and charismatic individual is also accompanied by more handsome people which their charm to lure in women is extremely high too?

That’s a bit odd and worrying.

And more so, this band of bandit starts with absurdities such as building their own large mansion, making a city inside a forest and in the future, protecting the world.

Join Reysha Einhart, a sixteen years old noble girl and as a reincarnator, is previously a man as she meets this bands of bandit with unique behaviors that deviate from the norms

Watch her as she struggles to understand or even comprehend the absurdities of these fellows and endure the headache they will give to her.