Divine Valor Online: Against the Heavens 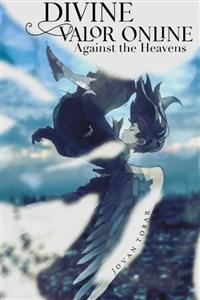 When Animation Imagination Corps, otherwise known as AIC, released the biggest hit game of the year in 2057, gamers around the world went wild. They called it: Divine Valor Online. There had been other hit Virtual Reality mmorpgs out there, but AIC claimed theirs was completely different, something brand new and never before seen.
It has been three months since the initial launch date, where they had limited sales to 250k games sold in each country, and the company has finalized one of their biggest projects for the games. Not only do they plan to sell another 250k copies, but there is also a huge secret update being added to the game.
Venus Aballies, the program that runs DVO, has been inserted to the game as a normal player. The Artificial Intelligence Computer Player has been under work since before the game was released. With all the data AIC was able to collect since the games launch date from the players, Venus has finally been completed.
She was once hailed as one of the twelve gods, the Goddess of the Earth in the games history, but she has been forgotten. Having fallen down to the mortal plain, Venus has been reduced to a mere human. She must fight with her fellow players against the heavens, her former brethren, and defeat them before calamity is brought to Aballies