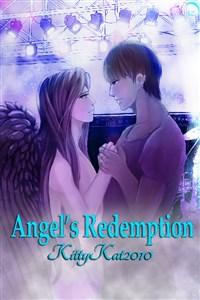 (This story contains love between two men: BL, Boys Love, Yaoi, M/M, etc.) Previously published by me (aka Azalea Moone) in 2013. Copyright kittykat2010 (Azalea Moone) 2019.
Cover commissioned by Ralu11
Updates: Every Friday - Next update May 31st
Twenty four year old Blaine Schneider is seasoned to hardship. From the age of eight, he's experienced a swarm of bad luck, everything from the funny electrical fire in shop, to failing grades, and relationships gone sour. He never thought he'd get past it, but his band, Til’ Dark, and their dream, kept him going through it all.
After he inherits a beautifully carved angel statue, Blaine's found an apartment big enough to display the lifelike sculpture. But who could ever imagine that there was something, or someone, living inside the stone. On one fateful day, Blaine finds the spell that unleashes Lynsael from his bonds, a handsome fallen angel who claims to be Blaine's former guardian angel.