The Elven World : After the Flood 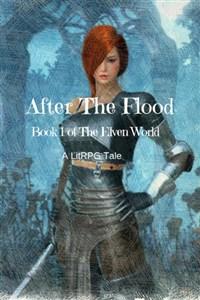 It's been two hundred years since the Great Flood and Fall of the Elven World. Elves are now known as the Lost and roam in traveling caravans between new Human Cities. The magical races have either been wiped out or enslaved. A Half-Elf young woman awakes on an island. She doesn't know how she got there but the commander of the military on the island gives her a quest with the reward being passage off to Capital City. Arilee and her three new companions must complete the main quest series on the Isle of Goblins and find the source of the dark magic! Join Arileei and her team as they train, level up, find new gear, make new friends, and hopefully save the realm!