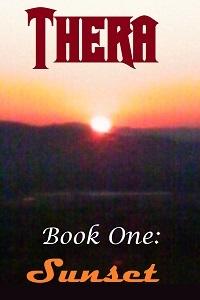 While on a secret mission to recover a legendary ancient katana from a group of terrorists threatening to bomb key cities around the world, Briar Sparrow, a martial arts hobbyist, is killed by a maniac with the very katana she was commissioned to retreive and dies, or so she thought. Surprisingly, she discovers herself reborn in a different world as Thera of Rose Manor. In a world where martial arts and magic flourish, can Thera survive the coming battles with her wits-and family-intact?