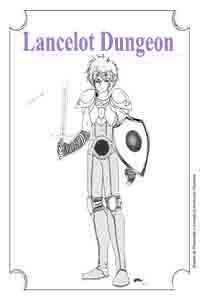 Dungeons, monsters and magic of virtual adventures that became real technology in the 23 century which, was achieved to combat poor globally so currently the countries in the world, competing to have the best adventurous that will bring glory and riches to their countries. Lancelot is the corporation that made this possible with its leading technology and inventions that healed life an evolution of man and world level. Sony was a common boy of 16, he thought go on one of these adventures on their own terms but time, accidentally was forced to participate in the world of Lancelot dungeons and his life change 180 degrees