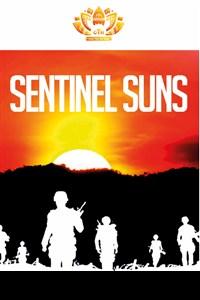 In the year 2025, after the “DARK WAR” which was a war fought between the great nations of the world such as United States, Russia, France, Great Britain, China, North Korea, Japan, and others superpowers in the world, which led to destruction of many properties, millions of innocent people died, some countries were erased from the map of the world such as; Austria, Sweden, Norway, the majority of South American countries, Belgium, Serbia Montenegro, and Canada. This happens 2019-2020 just one year. With this situation, two nations were not involved: Africa and the Arabic Emirates. These nations strengthened their economy during these past years and united themselves to become the richest nations in the world. All the African countries are using the same currency, their mineral resources are still pure, and they involved rapidly in terms of goods and subsidies. This is the same for the Arabic Emirates. With this change, due to lack of resources and infrastructural damages, the other nations are forced to come to Africa for shelter or for economic purposes. The AWFO has replaced the UN as a peacekeeping organization compared to the other years before the war. There is the one really ruling the world with the involvement of the other strong nations like; USA, RUSSIA, CHINA, GREAT BRITAIN, and NORTH KOREA, truly gave their full support for the militarizing the UN force peacekeeping soldiers. They are a special force who ends threats all around the world either it is an immediate threat, terrorist threat or local ones. The name of this new troops are called “BLUE SENTINELS FORCE” this was at first a programmed launched by the African nations since it was the idea to end all wars on earth with a team of soldiers with mixed nationalities to end various threats in the world. The story is told by Lita Simmons a young reporter in search for answers of what the world has become.