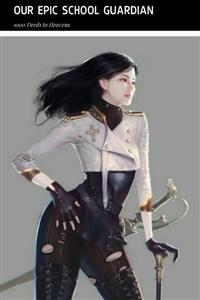 Maddox was only one mortal soul away from becoming the next King of demons. Once he collected the 1000th mortal soul, he will ascend into the demon hierarchy and become the next Lucifer.
However, when he found the last soul he needs to complete his transformation, the wheel of fate started shifting gears.
He didn't know when and he didn't know why.
It just happened.
He fell in love with his prey.
When the other King candidates discovered his one sided love affair, they did everything to cast him out of their realm and strip him of his title and power.
Sera, an angelic being from the highest order of angels, felt pity for Maddox. Like him, she also fell in love with a human, but she chose the highest order of angels and forced herself to forget about the human she fell in love with.
Determined to help the enemy, Sera performed the sacrificial ritual and gave up her seat in the highest order of angels to help Maddox.
"From now on, you're no longer a candidate for the Demon King title. You are now a seraphim and a candidate for the King of Angels. I gave all my powers to you and my deed points as well. Please win the battle and ascend to the highest heavens, become Metatron and rewrite our fates."
"Hey, what do you mean by rewrite our ---- Aghhhhhh!"
Before Maddox can finish asking question, he was transported to the human realm specifically inside the grounds of a lowest ranked academy.
"Nice legs, what time do they open?"
"Eh?"
Maddox was no longer a male demon, she was now a female angel in human form.
Let's join Maddie in her conquest to complete 1000 good deeds and ascend the heavens with the help of her students.