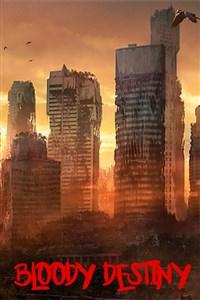 Shaun is a young medical student who wakes up in a room. He owns a plant that grows a root for every bad decision he makes, and a branch whenever he makes a good one. As he wakes up, the flower is full of new branches.
But as he looks around, everything seems abandoned. When he opens the apartment's door and steps outside, a root begins to grow.
Shaun escapes the hotel he was stuck in, just to discover that the world is filled with weird new slightly slimy monsters. As he flees the city he was stuck in with the help of his rescuer, he finds out that only that particular city was like he remembered - everything else is a barren wasteland.
Shaun also discovers that he woke up a thousand years into the future. It was a damn long nap.