The Alchemist and The Herald 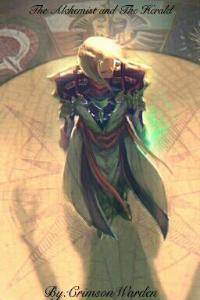 Within a world overflowing with magic, all living things posses Mana. It stands as a quantified measure of the power that an individual wields and dictates the order of the food-chain and the hierarchy of nations and civilizations. Plants, animals, humans and humanoids, magical beasts, monstrous existences and even minerals and ores accumulate mana throughout their natural lifespans/permeated existence and gradually create physical manifestations of the "world's breath" in the form of Mana/Soul stones.

A cataclysmic war from 500 years in the past had left deep scars in the world, extinguishing the history of noble kingdoms that formerly ruled much of the lands in peace and led to the loss of many great technologies and a long period of imbalance for years to come.

But before the fall of the greatest of these kingdoms, a prophecy was left for all to heed. "Beware! A Herald will come to sound the coming of a new age. By sword, by magic and by wisdom, the world will be plunged into another great war that shall stain it in the blood of millions before returning to its former glory."

Weeks after the beacon signalling the arrival of the "Herald", a small band of individuals led by an alchemist who calls himself "Will" saves a village from the onslaught of a dragon, defeats a nationally acclaimed warrior in a duel and performs a feat of magic deemed impossible by the mages of the current times.

Is he the prophesied Herald? Will he put the world to the torch or will safeguard the future of life after the fated fall?