Exiled Nomads of the Galaxy 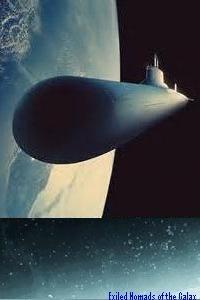 Follow the story of David Navi and his companions as they try to survive away from the Home systems; fleeing a predatory Alien race, Slavers, Pirates and other unscrupulous characters who would take advantage of their precarious situation. With potential enemies everywhere their only hope for survival is to reach the Human Colonies that have gained the protection of friendly aliens.But until they reach the safety of human allied territories they must stay hidden and rely on solitude for protection. If they are discovered by hostile alien forces they will surely be destroyed.This is a Sci-Fi Space Opera meant to slot in between my other writings Crystal Guardian and Realm Eternal (Main) as such the Updates will invariably be erratic an inconsistent.【Written in South African English which means closer to the British Standard】Warning: Mature Content 【Violence, Language and Adult Themes 】
List of My Novels:『Realm Eternal』『Crystal Guardian 』『Exiled Nomads of the Galaxy』『Soul Vessel Psyche』