The Evolution: Rise of the Heroes 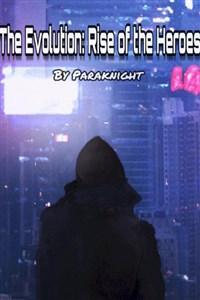 The evolution of mankind was said to be limitless, from millions of years of progression, we have finally reached the top... or did we?
A crystal was found deep within the Earth's crust. Various kinds of experiment were done to the crystal which leads to the discovery of a new renewable energy. It helped the Human race progress to its technology. But mother nature had some other plans, the overused crystal gave birth to a new kind of species. The Evos, who has extraordinary abilities far beyond the human can imagine. Eventually, people realized that they are capable of changing the World, for better or worse. There are some were adored, some were feared by the masses.
Magic has been in Earth for thousands of years, due to the appearance of these Heroes, they have been decreasing their heroism and left the Humanity for good.