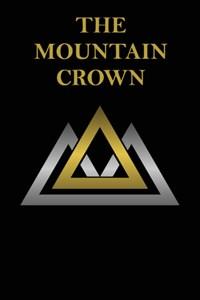 The year is 2127. The hyper-rich rule the world from their skyscrapers on the moon, governments kneel before the will of the market, and across the planet, citizens tune in to watch their favorite players in Corona Online.
25 years ago, Corona Online took the entertainment industry by storm. Players of the game front thousands of dollars to spend years in luxurious immersion pods, living entirely lives within the game. Run by one of the most AIs ever created, every player has a story crafted just for them -- and viewers in the outside world can shell out to watch, if they have the cash. Gather enough fans, and you're set for life.
Unfortunately, in a world of stories, not all are created equal.
With his daughter in a coma and the bills piling up, contract worker Eric Reisch has no choice but to try his hand in the world of Corona. Inside, he'll discover more than he ever thought possible.
He can talk to the Master AI, and it has a plan for him. Become the greatest king that Corona has ever known -- or die trying. The Mountain Crown sits on the head of a traitor, and it's up to him to restore it to its rightful place.
But in a world where blood flows just as red as in our own, can a man be both a hero and a king?
(LitRPG, Weak to Strong with some kingdom building elements)