The Ants that Carried Us 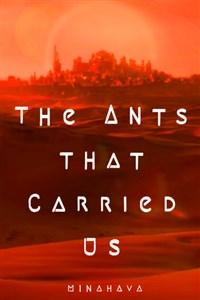 They say that the two things Shah Minos loves most are fire and spies, but what he actually loves most is order. Even if it is maintained through the brutal telepathic domination of his father, the emperor. Even if his mother burned at the stake for its sake.
Now order is under threat. The emperor is losing his grip on power, and Minos's brothers are pitched against one another in a race for the throne. Only one can emerge alive.
Then there will be order again.