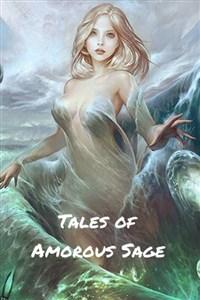 Adam, a young lad in his 20’s lived solely for one purpose - to have sex. His partners included single females and married ones, widows and prostitutes too. When asked why? He replied, “I don’t discriminate against any lifeforms. I believe in spreading love and making love to each and everyone who can move my heart.”
Adam’s head received a bounty - the reason being, he had extramarital affairs with people of higher posts and at last, died due to it.
Heavens for one reason or another - or maybe for pure enjoyment - gave him another opportunity to fulfill his life goal, and transmigrated him to a parallel universe.
Adam - now, Li Yang, lives his life defying supreme orders and exploring the deepest and biggest mysteries of the world. He makes love to heavenly beauties and true to his words doesn’t discriminate against other life forms.
This is a cultivation world full of magic and monsters where Adam - oops… Li Yang follows his heart and becomes the one to be remembered as “The Amorous Sage”