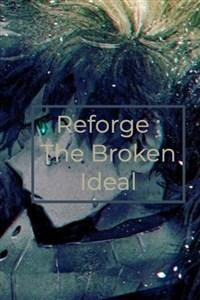 With the sudden appearance of Quirks; newly discovered superpowers, the human race was forcefully ushered into an era where superhumans were the norm and those born powerless the minority. Midoriya Izuku was once such an individual, born Quirkless or without any power. Yet despite the unfairness of his situation he refused to give on his dream of becoming a hero until eventually, he succeeded. He was a man once touted as the 'Symbol of Peace', only to be betrayed by the very country he had sworn to protect once the nature of his power was made known to the public. He was blackmailed, captured, and experimented on until eventually, he died due to an experiment gone wrong...I was supposed to be the Symbol of Peace, but in the end, I couldn't even save her of all people. I can still remember the warmth in her voice as she said, "If only I could be with you…but this moment will have to be enough."Note: This a work of fiction based very loosely on My Hero Academia. Meaning that the only thing my story shares in common with the source material are the names of certain characters and terminology. Everything else is different. However, with that being said, please support the official release and understand that I claim no ownership or credit regarding the existence of pre-existing characters or content. I do not own the cover picture either:https://www.pinterest.ca/pin/802274121097052996/