The Light - 2nd Novel in the Shadow Series 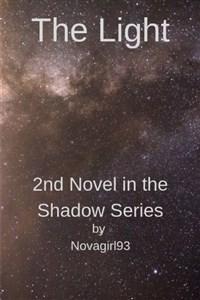 This is the second book in the Shadow Series. If you haven't yet, please read the first book The Secret War. This is a continuation.
Vai Ma'amaloa is 17 years old, and his father has just accepted the position of Chief Science Officer aboard the G.E.V. Shadow, a retrofitted warship tasked with exploring the unknown reaches of the galaxy.
Now, Vai will have to come to terms with leaving his old life behind. As he forges new relationships aboard the Shadow, and tries to settle into his new life among its occupants, he will be confronted with dangers and mysteries he never imagined.