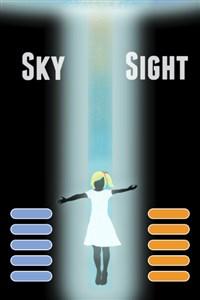 A city of the future. That's what they called Agona; the isolated experiment, built for efficiency and technological integration from the ground up. Cameras and microphones are everywhere, super computers buried beneath the city serve as processors to judge the actions of everyone living within it, dealing out real life karma. For years, peace reigns. The city is the envy of many, a place of prosperity and wealth. Then a number of trains malfunction, being routed through the city's blue external barrier, and the game begins. Gaining positive karma no longer gives discounts on goods, it gives otherworldly abilities, supernatural powers. But gaining negative karma gives those same abilities as well. The barrier surrounding the city becomes charged, turning anyone who wishes to leave into a pile of ash. Forced into the seemingly impossible game of good and evil, the new residents of the city must decide which side they're on or remain helpless.