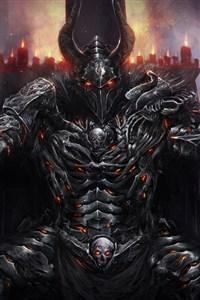 It was a sick joke by the gods. For pure entertainment purposes, the gods pitted the 7 intelligent races under their jurisdiction in a cruel game of survival. Winning meant survival, while losing meant the eradication of the entire species. And only one species of the 7 could win.
Humanity lasted 25 years.
Erik, humanity's last survivor, found an item that could reverse time. But he didn’t want to go back. It had been a ridiculously harrowing 25 years, and he was tired. Erik wanted to rest… and so he would push the task of saving humanity to his longtime friend.
‘When we meet, please take care of me. Good luck, Isen. I’ll see you on the other side.’
Erik activated the Goddess’ Tear, and selected Isen’s corpse as its target.
In a brilliant flash of light, the mythical-tier item activated.
Erik closed his eyes, a tired smile plastered on his bloody face.
When the light receded, 25 years earlier, Isen opened his eyes.

--
This is my first attempt at writing a novel. For now, I will only post the prologue. Please leave a review or comment - if this receives a positive reception, I will continue.
Thank you for reading!