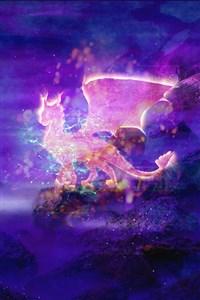 Alejandro is murdered during what should be the happiest moment of his life. He is surprised to find that at least in his case death isn't the end, heck it's not even unpreventable. During the short time that he could legitimately be considered "dead", he discovers that he isn't human and that something took his powers and some of his memories from him. He's given a second chance to live with a strict penalty: he's got to relive most of his life. So he decides to do whatever it takes to recover his lost powers and one day prevent his own murder, but can a young monster with next to no knowledge of monsters and an at most tenuous grasp on his own supernatural abilities prevent his own murder?
Contains a main character who is driven to survive, but isn't a character who is super obsessed with revenge, or who will otherwise irrationally seek out his own foes from the past to bathe in their blood or anything else over the top like that. The main character is smart, determined to figure out the circumstances behind his murder, prevent it and ensure he gets a happy ending with the love of his life. He also doesn't have all of his memories unlocked from the start to make him immediately OP, he has to earn the bits of power he gains through abilities he gains throughout the story instead of by mindlessly murdering all of his enemies.
Cover art is from Pixabay if real art ever gets made that will replace the image used for now. Credit for that image goes to Lilawind