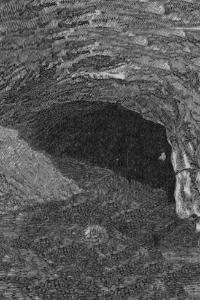 (Warning: The story is still currently in a poor quality state, read on at your own risk.)

It could be about an aspiring necromancer seeking to find a place in the dungeon in order to seclude himself to his studies and research on necromancy.
It could be a story of a struggling group of bandits, deserters and highwaymen using a dungeon cave as a hideout.
Even about a bunch of struggling newbies adventurers stumbling in a dungeon.
Or perhaps about a certain diabolist, a witch, and a rogue who are ostracised by others due to their professions, being forced to work together as a team in a dungeon. All the while, encountering even more eccentric people on the way.

Different people, different situations, but whatever happens inside the dungeon remains to be seen.