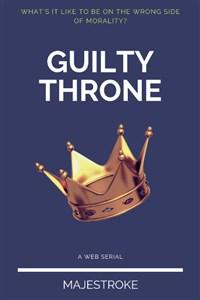 The Prince sits on the throne of the Eastland Empire. It is divided into four. The Sweatlands filled with criminal empires, the poverty filled Outercast, the Innercast of the nobility and finally the Albatross - the kingdom where the Prince resides.
A young man named Zayden Erlond took the alter ego of 'Ace' and led a rebellion against the capital with the help of the mages but was killed in the hands of the mysterious person known as the 'Gladiator'. Now his brother - Raven Erlond, wants to find a way to redeem his brother, but at the age of fifteen, a tragedy makes him realize the own moral pathways he must take. Trapped in the Sweatlands for three years, he returns back to take revenge from the people who killed his brother as well as his own family.
Raven believes his brother lost the previous war due to his lack of strategy, and right now he fights a war on two sides - one with the mages the other with the military, with his identity on the line with the mask of Ace.