The Conversion: Rise of the Black Flame 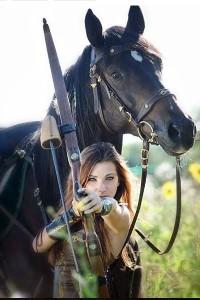 The continents have collided and the Vatican has seized control. People have been forced to forsake their god for one they barely know. Katalina Torrés has known only death and sadness. She never believed in destiny or the Fates. At least, not until her first Death Warrant is issued. Now, she is running for her life and trying to come to terms with her destiny. The question is, can she free her people from oppression? Or is the world too far gone to be saved?