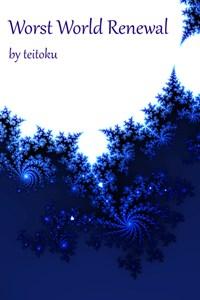 Kazu and his sister died on Earth; but now Kazu faced a goddess who would give him the chance to go to her first world and work at fixing it. He is not given any guarantee of meeting his sister again, only a mere chance of such. But it is a damaged world, one in which the goddess' own sister has been trying to ruin it.
Undaunted, and with the hopes of finding his own sister also reincarnated on that world (somewhere), he accepts the task and prepares to do his part.
But. The way he and his sister died, may have affected him emotionally, more than he could ever have thought possible.