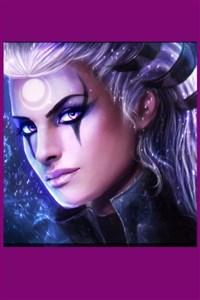 It was the Age of Witches.
Churches down, witches hunters dead, the Bible is nowhere to be found but hidden.
Sheira Murray having a hard life fitting into the world of her own race. Because of a history legend, her family became extinct. Thanks to the guidance of her uncle Martin Murray, she able to survive. And thanks to her handsome protector Marcus Johnson, she always escapes death.
She needs to stay alive and healthy for her younger brother Max Murray, 10 years old, an innocent angel.
But her attacker is getting persistent, that even during the day or everywhere she was, she's been nonstop attacks through performing a deadly curse oration. So they decided to flee, again. Would the new place is safer? Or she'll face even scarier pack of her race? The witches-who-eats-flesh.
Follow Sheira Murray to her survival changes to fight and tame down her own race and ended the Witches Age.