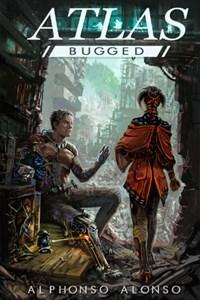 Submitted for your approval, this is a 40 page proof of concept from a manuscript I have been developing for quite some time. Atlas Bugged is a Sci-Fi GameLit Novel that takes place amidst a VR Battle Royale gone awry. As In-Game Moderators struggle to assert order over a player-versus-player Instance that is founded upon unfettered chaos, Local Competitors begin to take matters into their own hands. While Moderators resolve to patiently block entry and exit to the Instance for preservation of player welfare, Competitors decide to proactively coordinate to escape the Instance at all costs and establish contact with the outside world.
Atlas Bugged revolves around an ensemble of characters on both sides of this conflict. It examines the motivations that align them toward their common goals, and how those goals sometimes complement and more often conflict with other characters on the opposite side of the battlefield. All the while, game mechanics ranging from futristic exoskeletons to practices of the arcane arts prove to be both a hinderance and an accelerant toward unavoidable full scale combat. Ultimately, it does not come down to how capable a player is that will decide which side of this conflict will prevail. What it comes down to is how far each character is willing to go to get what they want.

How far would you go to keep a promise?