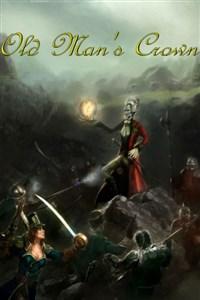 Emilia, Empress of the Ancient Commonwealth, has proclaimed the centuries-old embargo on the skrapyards over. Her Guilds clamour for access to the impenetrable but puissant technology of the Architects. The Boy Khalif's magi wax powerful. The Church of Kobos strains against old treaties and yearns to flex forgotten power. In the East, the dragons speak again after decades of silence. The Wolf Fleets prowl the seas. And the alien Emissaries haunt Dunderry's fog-shrouded cobbles.
All these forces come together at one time and in one place: Grimmann's Isle. Barren and ill-omened, its desolate and jagged shore has claimed a thousand ships and more, earning it a dark reputation and another name: Devil's Reach.
But, like it or not, Devil's Reach is where Kaye Greystone, Captain of Swords, and her reluctant sidekick, Benet Fleur, must go. Caught up in Emilia's shadow game, Kaye must lead an improbable band against not only the visible threats of musket and blade, but invisible ones, too: betrayal, deceit and the insidious influence of magic.
For amidst the rain-drenched tors and treacherous bogs of Devil's Reach lie buried the relics of the Architects and, amongst them, a relic of incomparable power, draped with portents and prophecy: the Old Man's Crown. And, ultimately, it will be Kaye and Fleur who will decide who will wear it and, with it, wield the ultimate power of the Ancients.