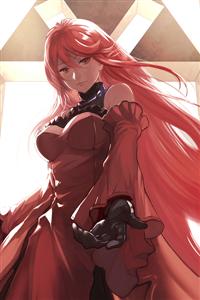 Airumel. A world scarred by constant wars. With peace being nothing but a mere dream for weaklings with no standing in this harsh world. For thousands of years, conflicts arise between the forces of the Heaven Realm, which is an alliance of humans and their allied races, against the numerous demons of the Demon Realm. All in the name of superiority to decide who is the true owner of this world.

In the midst of the conflicts come our main character, a Japanese high school student who was summoned as a familiar for a powerful mage from the Demon Realm. An unextraordinary teenager, armed with his will and guts as the strongest weapon he has in disposal. Can he survive this unexpected ordeal and prove himself among the ranks of the demons?