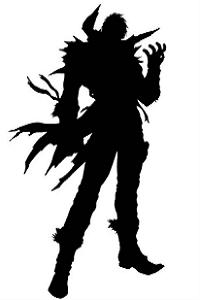 After the Great War, humanity has managed to survive through the passage of the controversial NCRA act and the advent of "Project Deus", or "Project God" - The creation of a Virtual Realm, "Aeterna".

Praised as the salvation of mankind and the fulfillment of its grandest ambitions by some, others revile it as a tool to enthrall and enslave the minds of humanity's most vulnerable individuals. Project Deus promises to grant divinity to the select few who rise to the highest ranks in Aeterna, effectively becoming Gods and Goddesses.

Forced to enter Aeterna, one man swears vengeance by becoming the Ultima Deus, or Last God. The God to end all gods.

This is his story.

Please note the following: Mature content, mostly gore and gratuitous violence. No immediate ultime power-ups. This is a grindy, feisty slugfest starting off from the very bottom of the pyramid, and measured, progressive and very deliberate upgrades.