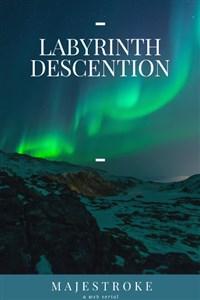 "Us miners are taught how to fight and how to defend the time when normal children suckle breasts and learn to walk. The first object a new-born miner gets is a dagger. You accidentally stabbed yourself? That's a misfortune, because inside the labyrinth only the strong survived. The weak went back to the land of the dead. But no matter how much training we received, there was always the chance some monster would inevitably kill us. That's the fate of us miners. We are born to die."
Tiger was born and bred a miner. He lived under the rocks and stones of the labyrinth for seventeen years, until he was in face to face with a pack of trolls. From that point onwards his life went downhill. Now he needs to descended to the deepset and darkest parts of the massive labyrinth. He has the will to survive, but is will enough to carry him alive through the Labyrinth Descention?