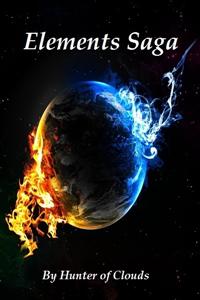 Aeria is a world where the four major elements - Fire, Water, Wind, Earth - rule supreme. Elemental warriors, mages and summoners stand at the apex of civilization, or what remains of it after an ageless war that has seen empires torn to dust, and entire continents scorched to cinders.

A thousand years ago, the goddess Avaria descended and offered The Great Sacrifice, ushering in an unspoken, tenuous truce.

The Elder races are but a shadow of their former glory, as the High Elves' Emerald Court retreats deep into their forests in seclusion and the Dwarven Holds of Dhargromnir close their gates.

The Beastkin tribes have been shattered, but fearful voices whisper of their growing strength and unquenchable thirst for vengeance as goblins, orcs, ogres and their kind once more gather under fearsome warlords.

The Daemon legions lurk in the darkness beyond the Great Rift, where Aeria itself was wounded in The Great Sacrifice, doubtless preparing themselves for the inevitable tide of war that will drown Aeria in blood once more.

It is in this age that Skyle, a precocious young boy, begins his journey to master the legacy of his blood and the true power of the elements.

For real loss can only be found where true love once bloomed.