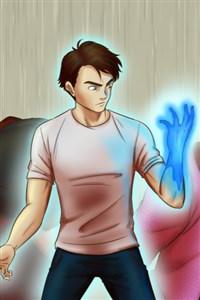 For most of human history, those with powers have remained hidden in the shadows, relegated to mere myth and legend. That remained true until 1963 when a Russian metahuman and his family were attacked by a covert branch of the country’s military. Bogdan Alexeev was too dangerous for direct confrontation, so a decision was made. The attempt on the meta's life resulted in the death of his family but left him very much alive.
Alexeev, or Scourge as he came to quickly be known, went on a rampage in the Russian city of Saint Petersburg. In what would become known as the St. Petersburg Incident, Alexeev laid waste to several districts of the city, crushing the Russian military as if they were insects. The entire world watched in fascinated horror at the destruction wrought by one man. Eventually, Scourge was put down by sheer chance, a random tank shell struck him in the head, killing the metahuman instantly.
The damage had been done. The world knew that there were people among them with amazing and terrifying abilities. World governments came together to discuss the “metahuman threat”. Panicked legislation was passed, creating organizations to hunt down and contain as many metahumans as possible.
It seemed that whatever had been hiding metahumans was no longer there. Some metas began abusing their abilities, using them for monetary gain or simple revenge and everything in between. Government organizations could only do so much to stop them, and that was when the first heroes stepped up to the plate. Despite the persecution of their kind, they fought to protect civilians, and in the process, began shifting the public opinion from hating to loving metahumans.
Now, in the modern day, the old organizations that hunted metahumans like animals are abolished, and legislation that made them less than human struck down. The United Nations proposed the St. Petersburg Accords. It created Argus, a single, global organization given unilateral authority by nearly all the world’s governments to monitor superhero activity and contain villainous metahumans.
Aka follows Nate, a young man who wants nothing to do with the hero life despite his powers. In fact, he resents them, and sees his abilities as the source of all his misfortunes. Still, he finds himself forced to use them over and over, eventually being forced to become a hero.

Note: I primarily upload on my website on Sundays and Wednesdays. I'll upload here regularly up to a day after the chapters go live on the main site.